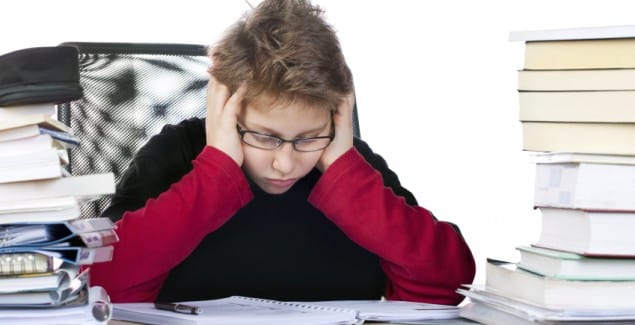 The term “learning disability” refers to problems in an area of learning, specifically reading, writing, or math, but you might also hear terms such as “dyslexia” (problems in reading), “dysgraphia” (problems with writing), or “dyscalculia” (problems with math) used instead.  Of these three, reading disorder is by far the most common.  Generally, to receive a diagnosis of a learning disability, a child has a discrepancy between his intellectual ability (usually as measured on an intelligence test) and academic achievement in one or more areas.  In other words, the child’s performance in reading, math, or spelling is below what we would expect from him based on his intellectual capabilities.  Problems in one or more of these areas must interfere significantly with the child’s ability to perform in school.  The problem also can’t be due to a lack of instruction, as a child who hasn’t been taught to read (and therefore can’t read) doesn’t have a reading disability because the problem stems from poor instruction.  Similarly, the problem with learning academics can’t be due to problems with cognitive skills, as a child who is diagnosed with mental retardation would most certainly be expected to have difficulties learning academics.

A diagnosis of a learning disorder includes, at a minimum:

It’s important that the person doing the evaluation be a licensed professional who has experience in assessing learning disabilities.  The evaluator should also be trained in assessing other psychological issues because it will be this person’s job to determine which diagnosis (if any) is most appropriate for your child.  The evaluation described above is most often done by a licensed psychologist or neuropsychologist.

What Is A Reading Disability?

Todd was an enthusiastic second grader who loved everything about school—except for reading.  He was the first to answer any math question, popular with the kids in his class, and great on the soccer field.  However, homework time, according to his mother, was a nightmare.  He cried when he had to write 10 sentences using his spelling words, and didn’t like going to school on Fridays because it was “spelling test day.”  In preschool and kindergarten, Todd had difficulty learning his letters, and trouble sounding out words.  His first and second grade teachers had told his parents, “He’s a boy and a late bloomer—don’t worry.”  However, it was now the end of second grade, and Todd’s parents were worried because he still couldn’t read any of his assignments without great struggle.

Todd was eventually diagnosed with dyslexia.  Children with dyslexia, or reading disorder, have a problem accurately and fluently reading words.  Recent research has demonstrated that phonological processing is the underlying problem in most cases of reading disorders, which includes the skills involved in understanding the rules by which sounds go with letters.  Many parents think that dyslexia means that children reverse letters or write backwards, but this is not the defining feature of the disorder.  However, most children with reading disabilities do show problems with reading by first or second grade, and research has shown a strong risk factor in dyslexia in that it seems to run in families.

What Is A Math Disorder?

A math disorder can be diagnosed when there is a discrepancy between a child’s math computation or reasoning skills, and his or her aptitude or cognitive skills.  Math disorders can be difficult to diagnose, as poor performance in math can also be due to performance anxiety and motivation, and math problems often co-occur with other issues such as ADHD and dyslexia.  A math disorder can’t be diagnosed until a child has had formal math instruction.  Unfortunately, there isn’t one special skill that is impaired in children with a math disorder (such as with phonological processing in dyslexia).  Instead, children with a math disorder tend to have vulnerabilities in a number of different areas, such as visual motor skills (writing and copying numbers), fact mastery (memorizing multiplication tables), memorization of math formulas, following multi-step directions, understanding higher level abstract language skills that are needed for solving complex story problems,  and reasoning and abstract logic abilities.  There is no “typical” child with a math disability, and by the time these children are diagnosed, they may be anxious about—and also dislike—math.

What Is A Disorder Of Written Expression?

Children with learning disabilities in writing typically have problems with handwriting, spelling and composition.  Their problems go beyond just “bad penmanship” to the point where their writing is illegible.  It can take them a very long time to come up with a topic, and once they do, they can be slow at the act of writing.  Spelling can be a problem, and their writing may be composed of short sentences that lack a theme.  They typically don’t use strategies, such as planning out the story, organizing the story, writing a rough draft, or editing.  Although writing problems are often noticed by age 8 (the time when children are asked to do more writing in school), these problems sometimes go undiagnosed—sometimes until middle or high school.  By that time, the problem has taken another form in that it looks like the child or adolescent is just poorly motivated, or “not trying.” Furthermore, a disorder of written expression is commonly found in combination with a reading or math disorder, and many children with ADHD struggle with writing issues as well.

Learning Disabilities: What Parents Can Do

Many, if not most, children with learning disabilities are quite capable of doing well in school—particularly if they receive appropriate treatment.  Getting an accurate diagnosis that focuses the treatment on the specific areas of need is important.  Schools are mandated to provide services so that your child has the ability to readily access the school curriculum.  One of the most important things parents can do is educate themselves on their child’s disability, as it puts them in a much better position to advocate for their child’s services—and working collaboratively with the school and service providers is key.  Research in the field of learning disabilities is constantly yielding advances in understanding and treating them, and there is much reason for optimism in the diagnosis and treatment of children with a wide variety of learning issues.