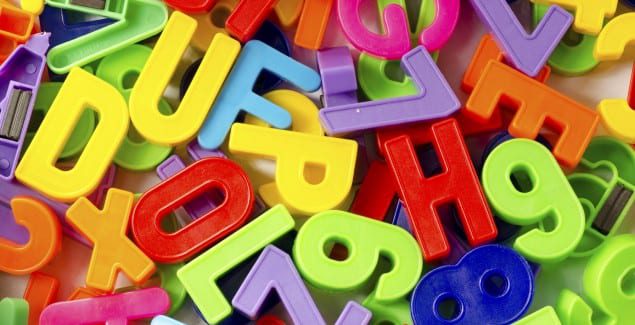 This blog is the first in a series on dyslexia. Topics to be addressed further in include treatment for dyslexia, accommodation options available, and the transition of a child to college, life, etc. following diagnosis.

Sharon was a 2nd grader who was struggling with learning to read. Her mother was especially concerned when Sharon’s teacher suggested that she “get tested” to see if she had a reading disability. Looking back, she recalled that Sharon did not seem to learn her letters nearly as easily as her older siblings did.  She also needed a lot more practice learning the sounds that the letters made—that is, letter-sound correspondence. She often mixed up letters that looked similar, such as b and d, as she could not remember which one made which sound. Sharon’s spelling had “always been a problem,” and once she had to start reading (and writing) more difficult material in school, she was having a lot of trouble. When I evaluated Sharon, the results indicated that she had dyslexia. Her mother was concerned that this meant that Sharon would never be able to read. She was quite relieved when I told her that we actually know a lot about dyslexia—and exactly how to treat it.

Dyslexia is the most common of all of the known learning disabilities, affecting one in five children in the United States, and accounting for 80% of those diagnosed with a learning disability. It affects boys and girls equally, and is often referred to interchangeably as a “reading disability,” though dyslexia is actually a more specific term. Dyslexia is characterized by a difficulty in learning to read. It’s neurologically based, and is often familial; that is, it tends to run in families. Most people who are dyslexic are born with the disorder, though the vast majority are not diagnosed until they’ve reached reading age. A diagnosis of dyslexia is accomplished through standardized, individually-administered tests of intelligence, academic achievement and cognitive processing. These can include tests of language, memory and executive functions useful in identifying the most effective treatment(s) for the child’s specific problems.

Most researchers and educators now agree that children with dyslexia have difficulty with reading and its related skills, such as spelling and written expression. This is due to their problems with phonological processing. Phonological processing involves the ability to accurately perceive the distinct sounds that make up a word; these individual sounds are referred to as phonemes. For example, when you are learning to read the word cat, you need to be able to segment the word into its separate phonemes—“cuh,” “aah” and “tuh.” You then need to blend these sounds together to form the word cat. Most children with dyslexia have difficulty perceiving the individual sounds, or phonemes, in words, and therefore have trouble with the task of breaking words down to sound them out for reading or spelling.

As Sharon’s case illustrates, tests of reading and spelling are necessary to confirm a diagnosis of dyslexia.  However, a thorough evaluation will include, at a minimum:

It’s important that the person doing the evaluation be a licensed professional (most commonly a licensed psychologist) who has experience in testing for dyslexia.

Children with dyslexia will often perform poorly on multiple measures of reading and spelling. However, that’s not the only thing the evaluator will be assessing, as children with dyslexia often have other subtle issues that should be examined to make sure they’re not impacting the child’s ability to make use of support.  These issues include:

Once Sharon was diagnosed with dyslexia, I provided her family with a number of recommendations.  The most important recommendation included her seeking tutoring with reading through a program that is multisensory (using visual, auditory kinesthetic and tactile systems), sequential (one skill builds on another in a sequence) and phonics-based (the program uses explicit phonics tutoring). The most common, well-validated programs include the Orton-Gillingham, Wilson, or Lindamood-Bell methods.  Although there is some variation among the different programs, they all are multisensory, sequential and phonics-based. The intensity of the multi-sensory services is very important; in general, it is recommended that a student receive at least three sessions of 45-60 minutes each week. Most of these programs work best individually, but can also be provided to students in small groups if needed. If your child is deemed eligible for these services, her school is required to provide them, although she will likely need to have a formal education plan (otherwise known as an Individual Education Program) in order to access these services.

In Sharon’s case, getting a diagnosis of dyslexia was a positive thing for both her and her family. The diagnosis enabled her parents to get Sharon the special tutoring she needed. In addition to this remedial support, Sharon also received compensatory support, like extended time on tests. By sixth grade, Sharon was reading at grade level, and did not need tutorial support; however, she continued to receive accommodations, such as help with note-taking, the option to listen to books on tape, and extra time on tests.

Like Sharon, the vast majority of children with dyslexia will respond positively to the right tutoring, and will benefit from continued [minor] accommodations such as those listed above. If you are concerned about your child’s reading skills, getting more information is always a good idea. Whether the evaluation is completed through your local school district or a private evaluator, the evaluation should provide you with more information about his or her abilities and challenges—which will hopefully lead to increased success.

Watch a teenager’s personal account of his own struggle with dyslexia, including what he did to ultimately rise above it and become a successful race car driver, in our video “Driving Dyslexia Away.”

Bright Kids Who Can’t Keep Up