The Clay Center for Young Healthy Minds is proud to present Looking for Luke, a film directed by Eric I. Lu, edited by Elaine Coin, and produced by Dr. Gene Beresin and Dr. Juliana Chen. Looking for Luke is made possible in part by a grant from the American Psychiatric Association’s SAMHSA Minority Fellowship Program.

The film explores with honesty and compassion the 2015 suicide of Luke Tang, a well-liked Harvard sophomore, and the subsequent grief and resilience of Luke’s family and friends in the wake of his decision to take his life. By looking closely at one family’s experience with suicide, Looking for Luke acknowledges the alarming increase in the rate of suicide among college students, as well as the mental health services and support that colleges and universities like Harvard provide those students who are struggling.

Luke’s parents have made it their mission to help other parents, particularly Asian parents, identify and understand the signs and symptoms of depression and other behavioral health disorders that can lead to suicide. We at The Clay Center, through this film, hope to contribute to this mission by raising awareness of depression as an illness, as well as destigmatizing the action of seeking help for mental health issues, in a time when these two topics are of such relevance and concern at college campuses across the country. 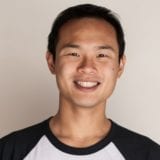 With a background in filming and medicine, Eric makes films that heal. Upon graduating from Harvard Medical School, he decided to pursue filmmaking full-time. Previously, Eric co-founded Jubilee Project and made films that have been seen by millions around the world. Eric is currently writing his first narrative feature film, and working on more projects with The Clay Center for Young Healthy Minds. 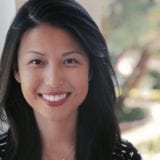 Elaine was previously the Chief Operating Officer and producer at Jubilee Project, a production company that makes films to inspire change. While she has made personal films before, “Looking for Luke” marks her first extensive film work. Elaine graduated from New York University Stern School of Business, and worked previously in finance.

Dr. Gene Beresin is executive director of The Clay Center for Young Healthy Minds at Massachusetts General Hospital (MGH), a full professor of psychiatry at Harvard Medical School, and senior educator in child and adolescent psychiatry at MGH. He received a B.A. in music from Princeton University, and an M.A. in philosophy along with his M.D. from the University of Pennsylvania. Dr. Beresin founded The Clay Center for Young Healthy Minds in 2013 in response to the stark reality that an estimated 1 in 4 individuals will experience a mental illness during the course of his or her lifetime, with 50% beginning in childhood, adolescence, or young adulthood. It is Dr. Beresin’s belief and hope that The Clay Center for Young Healthy Minds, through its dissemination of quality mental health information, will serve as a vehicle for fighting the stigma that continues to permeate our society despite this widespread prevalence. 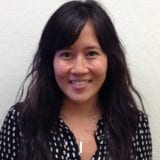 Dr. Juliana Chen is a child and adolescent psychiatrist at Massachusetts General Hospital (MGH) and Newton-Wellesley Hospital, as well as an instructor in psychiatry at Harvard Medical School. She produced “Looking for Luke” with funding through the American Psychiatric Association SAMHSA Minority Fellowship Program, and in collaboration with The Clay Center for Young Healthy Minds at MGH, in hopes of reducing stigma, and educating Asian-American families about mental health issues. Dr. Chen received her B.A. from the University of Rochester, and her M.D. from Yale University. She completed her adult psychiatry residency training at Harvard Longwood, and her child and adolescent psychiatry training at MGH and McLean Hospital.

About The Clay Center for Young Healthy Minds

Based at Massachusetts General Hospital and led by a team of Harvard Medical School faculty members, The Clay Center for Young Healthy Minds is a Web-based resource that educates parents and other caregivers about the psychological development and emotional well-being of children, adolescents, and young adults who struggle with behavioral, emotional, and/or learning challenges. The Clay Center features the expertise of its nationally recognized doctors who create engaging and educational mental health content delivered in a wide variety of multimedia formats, including blogs, audio podcasts, online videos, interactive social media, and live online discussions. The content from The Clay Center encourages resilience in individuals and families while increasing the awareness of mental health disorders.

Growing Together
in the New Year

What If My Child
Has Depression?

Growing Together
in the New Year

Explore some of the programs and services at Massachusetts General Hospital that can provide the care you need.

Our aim is to help parents promote & support the emotional wellbeing of young people through education.