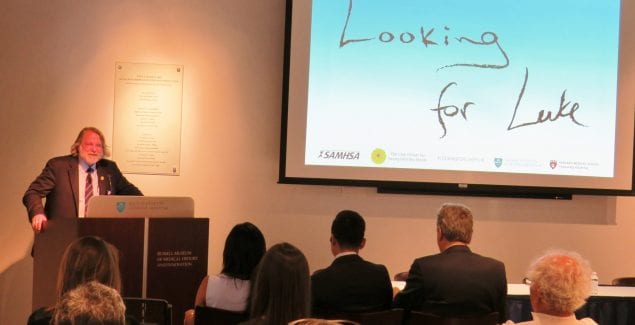 Filmmaker and producers to raise awareness about suicide on college campuses

Filmmaker Eric I. Lu and executive producers Gene Beresin, MD and Juliana Chen, MD, have shared that creative media, like film, can play an important role in engaging audiences and communities in important discussions about mental health, as suicide rates continue to rise among teens and young adults.

The 26-minute documentary follows the parents of Luke Tang, a well-liked, passionate, and brilliant Harvard sophomore, as they attempt to understand why their son died by suicide.

Prior to the screening, a pre-recorded introduction for the film was shared featuring NBA basketball player Jeremy Lin, who talked about the pressure he faced as an Asian American student in high school and college. After the film, a panel of MGH/Harvard psychiatrists and psychologists hosted panel discussion about the film and issues related to suicide.

“This viewing event was a great way to kick off our national tour for the film,” said Beresin. “The thoughtful and engaging questions from the audience, showed us that we have identified a really important topic. Through the power of film, we believe this documentary will allow us as psychiatrists and psychologists to address the stigma behind suicide in a way that really resonates with people and starts a critical dialogue about this alarming trend on college campuses.”

“The film hits a lot of the important points that people should know about suicide in terms of how perplexing and complex the problem is, and how much we don’t know about it,” said Nock. “The fact is that scientists and clinicians don’t have the answers; families and friends shouldn’t be expected to either. I think the family and friends having the courage to make the film and talk about their story will hopefully open up more dialogue about the issues.”

The viewing on Sept. 12 at the Paul S. Russell, MD Museum of Medical History and Innovation at Massachusetts General Hospital in Boston, Massachusetts kicked off a national tour for the film that already has several more scheduled screenings in 2017.

The film was produced in partnership between The Clay Center for Young Healthy Minds at Massachusetts General Hospital and is made possible in part by a grant from the American Psychiatric Association’s Substance Abuse and Mental Health Services Administration (SAMHSA) Minority Fellowship Program.

For more information about the film and to watch the trailer for the documentary, visit www.mghclaycenter.org/looking-for-luke.

Dr. Gene Beresin speaks to the audience before the documentary that will be part of a national tour to raise awareness about suicide on college campuses. Photo courtesy: The Clay Center for Young Healthy Minds at Massachusetts General Hospital.

About The Clay Center for Young Healthy Minds

The Clay Center for Young Healthy Minds at Massachusetts General Hospital is a web-based resource that educates parents and other caregivers about the psychological development and emotional well-being of children, adolescents, and young adults who struggle with behavioral, emotional, and/or learning challenges. To learn more, visit mghclaycenter.org.

SAMHSA is an agency within the U.S. Department of Health and Human Services that leads public health efforts to advance the behavioral health of the nation. SAMHSA’s mission is to reduce the impact of substance abuse
and mental illness on America’s communities. To learn more, visit samhsa.gov. 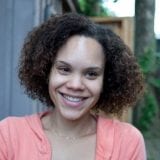 Sara Rattigan, M.S. is the communications director for The Clay Center for Young Healthy Minds, and a public health communicator whose passion has always centered around innovative a...

To learn more about Sara, or to contact her directly, please see Our Team.

When Kids Talk of Suicide – Shrinking It Down