What Can I Do To Help My Kid With ADHD? | MGH Clay Center for Young Healthy Minds

What Can I Do To Help My Kid With ADHD?

What Can I Do To Help My Kid With ADHD? 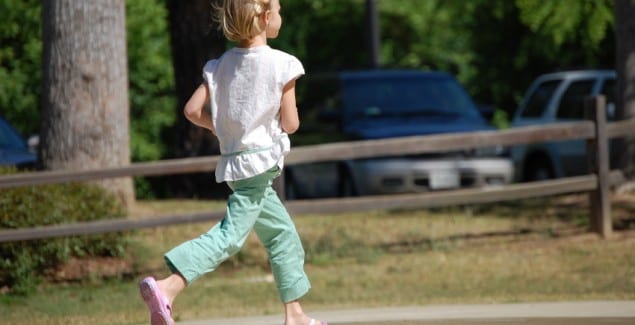 Kids with ADHD can drive their parents and teachers crazy, no matter how much we love them!  Whether they are running and talking a mile a minute, spacing out silently, impulsively making demands, or chronically interrupting others, it’s easy to get frustrated, and at times, to lash out at them. These kids are continually punished, labeled as difficult, sloppy, lazy, selfish, or just plain unmanageable. And, it takes a tremendous effort to empathize with them, to understand their perspective, and respectfully and calmly work with them.

But, the good news is that these kids are capable of tremendous turnarounds—if we can find a way to provide them the right help.

Let’s look at one child with hyperactive ADHD (a composite of a number of children we have seen over time), consider the ways he affects others, and set some guidelines for helping him to become more functional.

Danny was never a good sleeper, even as an infant. Now at age 10, it still takes him hours to settle down and get to bed. A brown-haired, blue-eyed, wiry boy, he infuriates his parents by constant playing with his DS as they are about to head up to bed. When they attempt to take it away, he melts down, screaming that he just needs to finish this or that level (of course, his parents have no idea what he is talking about).

The mornings are worse. “Danny,” his mom calls after he fails to respond to either of the two daily wake up commands, “will you PLEASE get dressed and get down here in 15 minutes? We have to eat breakfast and get to the bus!” She ascends the stairs 10 minutes later to find him sitting in his pajama bottoms with one sneaker on, clothes strewn around the room in nothing short of total chaos. “Have you washed and brushed your teeth?” No answer.  She knew the answer ahead of time. “Get moving, buster, or your DS is gone for a week!” This is typical of pretty much every morning—reminder after reminder, warning after warning, threat after threat, and yet, Danny cannot get into any morning routine, dawdling even as a parent stands over and watches every move.

The day at school is no different. Danny is impossible; his backpack is a mess, and he rarely, if ever, puts his assignments in the same place. In class he’s constantly up and about, moving from seat to seat, playing the desktop like a rock drummer, talking incessantly to other students. The teachers know he’s a smart kid (his testing is quite high in all areas), and while they try to help, nothing seems to calm him down or make him focus. It’s often difficult to hold back from screaming at him, or pulling him aside to reprimand him for his disruptive behavior.

But, he’s also not easily tolerated by his peers. At lunch he butts into line, afraid he’ll miss out on getting some of that mac-n-cheese he sees on another kid’s plate. At recess, he jumps into games other kids are already playing. He’s so annoying, he’s often the target of a couple of bullies who call him foul names, and threaten to beat him up. No kids dare defend him, nor do they want to, as they also wish he would just get lost.

Taking the above story into account, here are some key concepts about ADHD we need to keep in mind as we help kids like Danny:

So, what did Danny’s parents do?

First, they asked for a child psychiatry evaluation, and obtained neuropsychological testing. As they expected, the testing showed that he had intelligence considerably above average. The testing also provided detailed behavioral guidelines for his parents and teachers to help minimize his distractions, and improve his organization. Additionally, the use of a stimulant medication was suggested, with close monitoring by the child psychiatrist in conjunction with the behavioral plan. The psychiatrist would receive reports from parents and teachers as the plan was implemented.

Danny’s parents met with his teachers and the special education director to develop an Individual Educational Plan that included where he would sit in the classroom, tutoring help to learn skills in organizing his work, checklists for both his parents and teachers to monitor assignments, and a social skills group that would help him learn to not interrupt, and better interact with his peers.

At home, his parents set specific tasks for the most problematic times to help build regularity into Danny’s schedule. They posted a chart on the refrigerator, and when the tasks were completed successfully, they gave Danny an animal sticker to record on the calendar. The routines included: getting homework done with parental guidance; going to bed at the same time every night; taking his medication; and getting ready in the morning—including going to the bathroom, washing, dressing and having breakfast. For each sticker, Danny had the opportunity to choose from a number of rewards, like spending time with his parents playing a variety of games and activities.  When Danny was asked what he might want as a special activity, and he chose to learn to play the drums. His parents got a hand drum and enrolled him in a music school, and he has enjoyed playing in a drum circle with other kids his age ever since.

Danny continued to work on his academic and social skills in school, and increasingly felt a greater sense of pride in his growing confidence and competence at home, school and with playing the drums. Both his academic work and behavior improved, and he has since made a number of friends. But, his success required a real team approach with his doctor, school personnel and parents working together.

Kids like Danny are not easy for parents, teachers or even themselves. ADHD is a lifelong illness that begins in childhood, and may improve with hard work. It requires the child to have a positive, supportive environment—and to find a way to engage in the effort, and develop hope for an end to the experience of failure.