We're All Connected: What To Think About On World Mental Health Day | MGH Clay Center for Young Healthy Minds

We’re All Connected: What To Think About On World Mental Health Day

We’re All Connected: What To Think About On World Mental Health Day 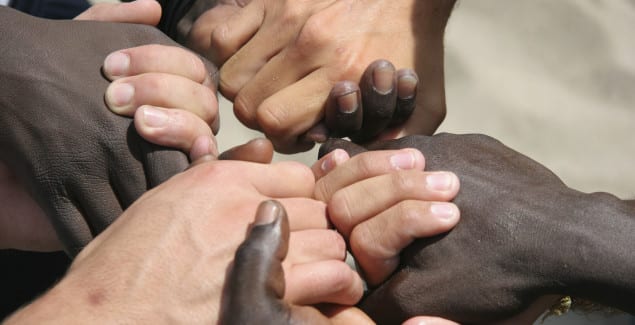 I often find these kinds of distinctions a bit troublesome. One might be tempted to say that a designated day of recognition for a given cause runs the risk of suggesting that we need not pay attention the other 364 days of the year during which problems like mental illnesses still plague our everyday lives.

However, we can use World Mental Health Day to draw attention to some myths that are commonly held with regard to the global mental health burden. In short, there’s a sense among many that mental health is not a truly global concern. If people are hungry, for example, shouldn’t hunger be our focus?  Why waste time on mental health while people starve? According to a 2009 report from the World Food Programme, almost one-sixth of humanity is undernourished.  That’s more than a billion people! Can we really afford to worry about the mental health of these people when they simply don’t have food on the table?

A version of this question could, of course, be framed around most of the world’s ills.  Poverty, crime, disease, war…all of these would seem to occupy more vigorous international hand-wringing than problems like depression, psychosis, or trauma.

Here is where we can debunk the first myth that haunts the attention given to global mental health awareness:

It is unfair and inaccurate to separate hunger from psychological suffering. Hunger leads to mental illness, and mental illness leads to hunger. Hunger affects brain development at virtually all stages of the lifespan. The same can be said for war and non-psychiatric diseases and unfair labor laws and lousy human rights. You really can’t disentangle the world’s problems from the world’s mental health problems.  Addressing any of these problems requires that we address all of them.

This recognition inevitably yields a new set of problems and form of resistance. Some have argued that the varied and disparate cultures around the globe are so different, and psychiatric illnesses so culturally-bound, that any coherent attempt to address world mental health necessarily falls short because of the inability of different cultures to understand one another. To put it more simply, what looks like psychosis or depression in one culture might look entirely different in another.  How can there be a comprehensive effort to address world mental health if the understanding of mental health itself is bound mostly to cultural determinants?

To be fair, this question is often debated, and there is a fascinating literature addressing exactly these issues. Many have noted that any attempt to define mental illnesses across different cultures must also include careful attention paid to the prevailing and culturally-specific definitions of wellness. However, this discussion does not preclude taking action around the ways that the world psychiatrically suffers. Different disciplines, from philosophy, to anthropology, to psychology, to psychiatry, to neuro-ethics, must all play integral roles in efforts toward understanding the well-being of the world’s people. World Mental Health Day can serve as a reminder that these efforts are vital and ongoing.

Moreover, although cultures vary in fascinating and intricate ways, all cultures share the common substrate of the human brain. To the extent that many psychiatric syndromes are, in fact, diseases of the brain. We can realistically and optimistically devise ways to translate different conceptualizations of psychiatric illness across cultural boundaries. This is one of the most exciting areas of global mental health research.

For example, researchers have successfully adopted primary care screening tools in Vietnam to detect the presence of depression. On the other hand, researchers have quite correctly noted that the use of some screening devices absent of accurate translation can lead to gross misconceptions regarding the prevalence of mental illness in different areas of the globe.

In other words, World Mental Health Day can help us to remember that while some conceptualizations of mental illness remain relatively uncommon across the planet (schizophrenia, for example, has a roughly 1% prevalence everywhere on Earth), other notions need to be questioned, and methodologies of inquiry improved.

We ignore mental health on our planet at our own peril.  On October 10th, take a moment to imagine that all of the boundaries, all of the differences, all of the things that split us apart fade into the distance when we consider the overall global burden of suffering. That’s really what matters.  People on the planet are suffering. And, we owe it to ourselves and to our fellow human beings to include the mental anguish that we suffer among the many scourges that we strive to combat and eliminate.

There Are All Sorts of Ways of Making Things Better

Summer Challenge: Come Together for Mental Health – Shrinking It Down