Should We “Grade” Character?

Should We “Grade” Character? 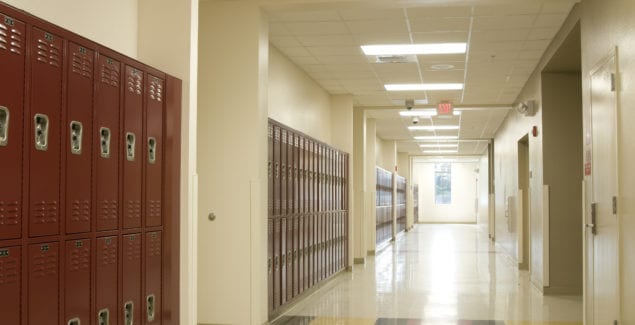 “Mom and Dad, can you help me study for my empathy final?”

This isn’t a snippet of dialogue from a dystopian novel where humans are forced to raise android children; it’s something you may very well hear from kids of your own. In the state of California and charter schools around the country, educators are starting to evaluate and even grade students on a number of “soft” skills like gratitude, social intelligence, and self-control.

For a moment, let’s resist the temptation to take to the streets and set ablaze stacks of Scantron forms and No. 2 pencils in protest, and think about how we got to this strange place.

Increasingly, educators are finding that it takes more than just a solid foundation of reading, writing, and arithmetic to ensure that students can achieve their career dreams.  As researchers have followed kids into adulthood, it’s become clear that good test scores in traditional subjects just aren’t enough to help young people grow into productive members of society—much less make the arduous climb out of poverty. Thankfully, school curriculums are evolving away from memorizing and regurgitating facts and formulas, to expecting children to demonstrate a deeper understanding of concepts and abstract ideas. This is great news, since most jobs don’t require us to simply plug numbers into formulas for hours at a time with absolutely no interaction with others.

To succeed in the classroom and in life more broadly, schools are realizing that students must also tolerate the frustration and fatigue that comes with completing difficult tasks and working conscientiously with others. These sorts of skills have lots of names—“grit,” “emotional intelligence,” “resilience,” “interpersonal effectiveness”—and educators are starting to teach them like they would any other subject.

Teaching such skills is no easy task, and there isn’t yet a consensus among educators as to the specific skills students should be learning. However, while research on the benefits of learning these skills is still in its infancy, children who do learn them appear to have better academic performance, better attitudes about school, fewer disruptive behaviors, and an improved sense of emotional well-being. Parents, furthermore, by familiarizing themselves with the social-emotional curriculum and working with teachers, have a great opportunity to further reinforce and promote these behaviors at home.

But, while it may be great that schools are starting to teach resilience, does it deserve a spot on the report card? What might be the consequences of getting “character” grades, as is practiced in one high-performing charter school network?

The fields of mental health and psychology have viewed “character” as an intrinsic and more or less permanent state of identity. However, to the designers of these new curricula, “character” is more malleable, and behaviors like resilience and conscientiousness are seen as learnable skills. So, does character consists of traits that define who we are, or skills that we learn how to sharpen?

More importantly, what happens when we assign a grade to aspects of a child’s character? How do we decide if a student gets an “A” in Persistence, or if he, ironically, must to go to summer school for remediation? What do we make of a report that indicates that a child was in the 78th percentile for Cooperativeness?

If a student identifies Batman as our nation’s 33rd president instead of Harry Truman, we can confidently say her answer is wrong. Grading character, on the other hand, necessitates that we assume teachers are able to read their students’ intentions in a completely unbiased way—which is a huge and possibly unreasonable assumption to make.

A student who balls up a worksheet of fraction division and tosses it onto the floor may be struggling for any number of reasons. To conclude that this student indeed possesses a “lack of skills to manage frustration,” we need to be certain about what that means, and what we know. As a former middle school teacher myself, I have seen the ways some students are called “lazy,” “simple,” or even “bad” based on their classroom behavior—and these labels can be extremely hard for them to shake. Numerous studies have shown that students are strongly influenced by labels denoting their intelligence, even when only the teachers are provided that information. Thus, crude labels related to character could easily be interpreted and internalized to note a defect of personality—rather than a need to work on skills—which could negatively impact development.

But some schools have already added “character” and “behavior” sections to report cards, and entire states intend to add both skill sets to the standards that are rigorously and exhaustively examined each year.

Inevitably, grading character creates all kinds of confusion, even when schools carefully delineate what they want to see. For example, it may make perfect sense to include the following behaviors on a social-and-emotional skill assessment:

Children who exhibit these difficulties would surely struggle to work in groups and tolerate frustration, and thus earn poor marks on their reports. However, these behaviors were taken verbatim from the National Institute for Children’s Health Quality (NICHQ) Vanderbilt Assessment Scales—an effective and popular screening tool for attention deficit hyperactive disorder. This is simply one of many areas where difficulty in working with and understanding other students, or struggling to tolerate distress or frustration, may be due to a treatable neurobiological or psychological disorder—not a character weakness. It also represents the somewhat clumsy way that diagnostic terms and curricular goals can collide with each other.

Diagnostic testing and careful evaluation have long helped explain why some students may not meet their potential in subjects like math and reading, leading to thoughtful accommodations designed to help those students be able to catch up and learn with their peers. Getting a “Needs Improvement” mark on Self-Control should motivate parents, teachers, and students to be curious about what the challenge might be, rather than view it simply as a poor grade. If the conversation stops with giving a student a “C+” in character, it’s no different than labeling that student as “bad.” The way students interact with others and work through challenging assignments is a function of the complex interplay of many different factors that should be carefully understood.

School is the perfect place to teach our children how to be kind, generous, empathic, and understanding. Therefore, it makes sense that schools would want to know how well their students are learning these characteristics. On the other hand, children and adults run the risk of interpreting grades in these domains as markers for immutably fundamental aspects of what we colloquially call character. So, while schools shouldn’t brand students as “bad” or “good,” they should work to teach them how to be better. 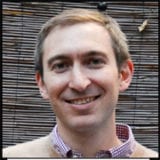 Hal Kronsberg, M.D. is a child and adolescent psychiatry fellow at Massachusetts General Hospital/McLean Hospital. Long before medical school and residency, he taught seventh grade math and coached basketball at a public school in rural Mississippi....