Emerging Technologies and the Frontiers of Autism Research

Emerging Technologies and the Frontiers of Autism Research 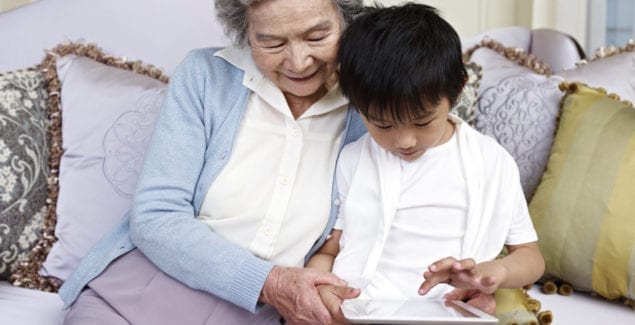 Many parents these days are worried about their children’s use of digital media. One of the most common concerns is that using tablets and smartphones to communicate with others will result in loss of social skills. Paradoxically, digital media may be used effectively to support learning social skills in children with autism spectrum disorder (ASD). Kids with this disorder often have significant difficulties with interpersonal communication and in connecting with others.

Jamie Menhall, an 11th grader at BU Academy High School, has taken a strong interest in ASD. He previously wrote a blog post for the Clay Center about his work as a peer support counselor with high-functioning kids with ASD. In his new post, he talks about the use of digital media with these kids and his profound support for advancing research in the use of technology in helping ASD families.

More than 3.5 million Americans live with an autism spectrum disorder (ASD) and, according to the CDC, this includes 1 in 54 children. Autism services are estimated to cost $236-262 billion annually.

Given these realities, one might assume that autism research is well funded but, sadly, this is not the case. Autism receives less than 5% of the research funding of many less prevalent childhood diseases, despite being one of the fastest-growing and among the most disabling developmental disabilities. Most of the research money that is available has been spent on genetic causes for ASD or searching for an elusive cure. But, to families and individuals struggling with the challenges of ASD on a daily basis, there is an even greater need for practical help in everyday life.

Hope for ASD in Technology

While many are struggling to build skills to live independently and to find and keep employment, innovative digital technologies are being developed as possible tools to help people with ASD achieve their full potential, and to allow them greater independence and happiness. Technology companies have taken on this new demand by developing products to help people with autism learn important social, emotional, and behavioral skills that can significantly improve the quality of their lives. Developing a better understanding of how autistic individuals relate to technology can lead to a better understanding of both the technology itself and the needs and desires of those who may benefit.

As a teenager, I volunteered to provide peer support for high-functioning adolescents with autism and to shadow their therapists. I quickly discovered that one thing I often had in common with children on the spectrum was a love for mobile touch-screen technology, particularly video games. I was particularly struck when I saw a roomful of kids, each accompanied by their therapist, playing the augmented multi-player version of the popular game Minecraft, about building blocks and going on adventures, on Autcraft.com. Autcraft is the first safe, troll-free Minecraft server for children and adults on the ASD spectrum. Every child had their own iPad and they were all intensely focused on their Autcraft session.

This was a revelation. I had been interacting with these children for weeks, and knew they did not enjoy behavioral therapy sessions and, in many cases, could not speak. Most could not draw with crayons. By and large, they would not have been able to build anything elaborate with physical Lego blocks, and yet there they were, intensely focused on Autcraft in a sustained fashion, touching, tapping, and swiping their colorful screens, drawing and building incredibly elaborate digital structures. They were also able to relate to other players and collaborate in the building of structures, a social skill that was otherwise lacking in these children.

It was clear to me that these kids were visual learners and thinkers and that interactive pictures and videos, such as those on a touchscreen, were their language. I could sense pride and joy beaming from the children as their efforts and achievements were admired and reinforced every step of the way. And in addition to learning and building skills, they were having fun!

The child-led gaming process also afforded each therapist the opportunity to pay close attention to the child’s preferences, curiosities and choices, while promoting a close attachment between patient and therapist. Kids with ASD have a difficult time conveying who they are as individuals and in making close personal relationships with others, so the quality of that warm connection with their therapists was key. The children’s choices helped them express their identity and individuality, something clearly important to them but that they had a lot of trouble doing. It was a far more joyful process than I had seen in regular clinical settings, and the crucial element was that the kids were learning via an activity they had come to enjoy for their own reasons, through the use of a digital device.

From this vantage point, I began to think about the use of mobile touch-screen technology in helping children on the spectrum. It did not take me long to realize that senior investigators had similar interests and observations. I discovered that it was not simply the digital technology that was instrumental for successful therapy — it was the use of the device to predictably express the child’s preferences. Through repetition, a child with ASD can make what is often experienced as a complex, over-stimulating world simple, understandable and more emotionally tolerable. In this context, not only is learning possible, but so is connecting with others.

The Science Behind the Promise of Technology

Researcher Simon Baron-Cohen, Director of Cambridge University’s Autism Research Centre, UK, had the best explanation for the phenomenon I observed in the Autcraft session. He believes one important way of working with ASD kids therapeutically is leveraging a child’s affinities. Author Ron Suskind, who has a son with ASD, coined this as “affinity therapy.”

Suskind noted that his son’s obsession with Disney movies provided a path toward a greater connection between parent and child, and there are many reasons why affinity therapy worked in his situation. Different movies by Disney share many common elements and themes, and are repetitious and predictable, which children on the spectrum may find comforting. Disney movies also distill a complex and scary world into “recognizable themes” for children.

But it is not just Disney movies or Minecraft that offer the kind of repetition and predictability to which children on the spectrum are drawn. Every autistic child’s affinity will be different, from anime, to dinosaurs, to trains, to maps. Any passionate interest can potentially provide a pathway to engagement. As Simon Baron-Cohen wrote:

In other words, every kid on the spectrum has their own deep passions, and every parent can work to understand their child’s passions.

Kids with ASD are often discouraged from fixating too intensely on their obsessions. Affinity therapy flips this notion on its head—if “obsessions” are treated as passions, they can be used to connect with autistic patients on their own terms. An affinity-based approach allows children on the spectrum to lead us down their own paths, and can guide support from their teachers or therapists.

Suskind created an app called Sidekicks that uses cartoon avatars as an intermediary for parents to communicate with their kids on the spectrum. The kids select the avatar, which talks to them on a tablet or smartphone, using dialogue generated in real time by their parent or therapist. The key is that the kids pick their own avatar companion, thus initiating communication that is child-led, rather than being forced to communicate on someone else’s terms. In early testing, parents who used Sidekicks for 10 or more sessions saw improvement in their child’s ability to identify and regulate their emotions, as well as form independent questions.

Affinity-based approaches are clearly promising but, so far, the success is anecdotal. Dr. Kirstin Birtwell of the Lurie Center for Autism Research at Massachusetts General Hospital (MGH) directs translational research on affinity therapy and the Sidekicks App. Her clinical study started just recently after almost two years of obtaining funding for the research, designing a protocol for the study, obtaining Institutional Review Board approval for the clinical trial, and starting patient recruitment for the study. Dr. Birtwell describes the frustrating lack of scientific basis for autism-focused technologies:

“Unfortunately, the vast majority of existing apps and emerging technologies are based only on anecdotal evidence… While there is plenty of exciting and compelling anecdotal evidence, there is not yet any scientific evidence for affinity therapy. There is definitely a void, a huge lag, between commercial folks developing all sorts of technologies for autism and other disabilities, and the science to support their efficacy and appropriateness.”

Autism-focused research programs seek to bring clinical rigor to the relationship between patients on the spectrum and autism-focused games and apps. These programs deserve the same kind of support now mostly reserved for more traditional ASD-related research.

Even though I am young and by no means an expert, my experience has made me aware of the need for new sources of research funding for current studies and to launch new ones. This will help to ensure that commercial products in this space are backed by real science.

Collaboration between technology professionals, clinicians trained in ASD and, importantly, affected patients and their families will bring together all of these stakeholders. Together, they can meet the challenge to use innovative technologies to improve the lives of everyone with ASD. 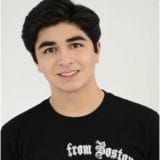 Jamie Menhall is a 10th grade student at Boston University Academy. He recently completed an internship at the Stepping Stones Center for Autism Treatment in Dubai, for which he completed 40 hours of Applied Behavior Analysis training in autism spect...

My Experience Helping Children With Autism: A Story Of Hope