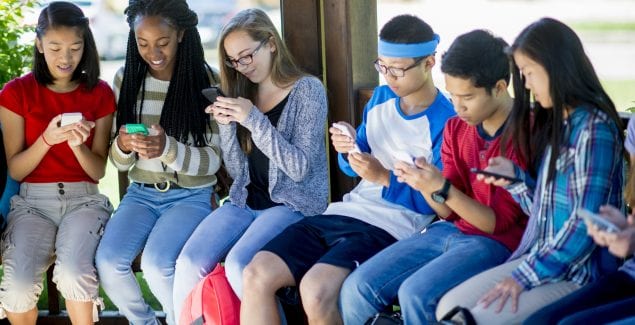 I’m not talking about the stuff we talk about when we say to each other “Hey, we got stuff to talk about.”

Last week at a cross country meet, I overheard a parent having a discussion with his teen.

“But can I have one,” his big-eyed daughter persisted.

“We’ll see,” the dad bravely said.  He was shaking his head, and I found myself wondering how we got to this.

I’m sure he was wondering too.

“$1,000,” we were both thinking. “That’s a lot of money for a slightly different version of something that lots of us already have. How can my kid just ask for something this pricey?”

When the price of the latest Apple phone was announced, lots of people were wondering the same thing.  The New York Times wrote that a prominent financial “threshold” had been crossed.  USA Today talked about people choosing trips to Europe instead of forking out a thousand bucks for the phone. Even Buzzfeed poked fun at the upscale environment that Apple covets with prices veering into the luxury market.

Cool stuff, it turns out, costs a lot of cash.

This stuff is increasingly creating lots of anxiety among parents in all socio-economic groups.  The investment firm of Piper Jaffrey found in their Spring 2017 survey that about 76% of American kids own iPhones. Kids want this product.

“Our job, as parents, is to manage the material desires that Apple and other companies tempt our kids to bring up at the dinner table.”

It is, of course, not fair to characterize the new iPhone as an unfettered assault on parental values. If Apple has buyers who are willing to spend that kind of money, it’s hard to blame Apple.  Silicon Valley has never promised to help us with parenting. This is absolutely not Silicon Valley’s job, and we’d be in big trouble if it were. Silicon Valley’s job is to create a product that we’ll buy and thus satisfy their stockholders; and our job, as parents, is to manage the material desires that Apple and other companies tempt our kids to bring up at the dinner table.

Still, it would be disingenuous if parents pretended that they’re not numbed and shell-shocked by these trends. Think about what we carry in our backpacks these days.  Mine has literally thousands of dollars of stuff. Now cast your memory back about 30 years or so. Maybe you had a paperback and some pencils.

The pace of what it costs to own what we paradoxically also accept as taken-for-granted is mind-boggling. Many of us find these dizzying changes genuinely difficult to explicitly acknowledge. In some ways, it’s easier to fork out the wallet rather than to confront these numbers head-on.

Confront those numbers we must, though, because that’s a big part of parenting. You’ve probably met the kid who got everything he or she asked for. It isn’t pretty.

This sets up a genuine cultural struggle, and whenever cultural shifts threaten common sense, we tend to forget the profound power of common sense parenting. With this in mind, we offer a brief reminder of what we already know. This list of differing circumstances is not meant to be snarky. It is meant to remind us how to move forward.

In other words, we are all over the cultural map with regard to how we address materialism with our kids. This is because these are all extremely personal parenting decisions.

In other words, our kids can own stuff, or it can own them.

Do you recall that fantastic scene in Ferris Bueller’s Day Offer where Cameron gets a bit worked up over Ferris taking the Ferrari?  Here’s a clip to jog your memory.

That’s what not to do as a parent.

There will always be folks who have stuff and folks who don’t. That’s a good thing to remind yourself about and to explicitly teach your kids.  If you are fortunate enough to be able to afford nice things, make sure your children know that you’re fortunate. If you’re not, make sure you empathize with what your child wants but let them know, in developmentally appropriate terms, that this is beyond what you are comfortable or able to purchase.

No matter what, you have to talk about it. You can help your child to find a job so she can buy that thousand-dollar iPhone, or you can advise your child that all the work in the world won’t ever make it OK in your book to spend a thousand bucks on that phone. Both are fine as long as you discuss your reasons, talk about your thoughts, and, most importantly, stay connected.

I once saw graffiti on a deserted bridge over a quiet river in rural Minnesota. It said “consumerism consumes us all.”

It doesn’t have to, but it can.

Our job, as parents, is to make sure that our reasons are reasonable and that our children understand our reasons. That’s worth a lot more than a thousand dollars.

iPhone In The Baby Bag