April 20th Is Upon Us: Making Some Sense of Marijuana | MGH Clay Center for Young Healthy Minds

April 20th Is Upon Us: Making Some Sense of Marijuana

April 20th Is Upon Us: Making Some Sense of Marijuana 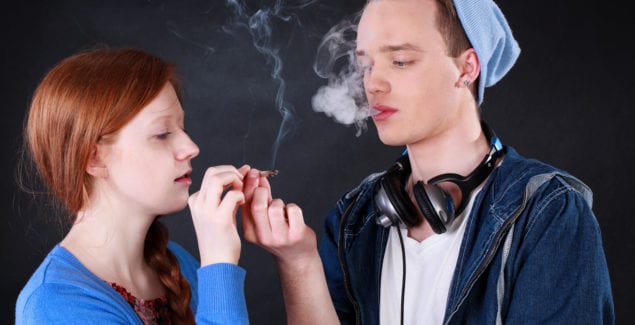 April 20th is upon us in the year 2017, which means that more states and more jurisdictions than ever before will have relaxed, erased, and (dare I say) totally chilled their marijuana laws. We are likely to experience an unprecedented amount of cannabis in the air as April 20th continues to increase its pop culture relevance.

In all seriousness, clinicians who care for children must also admit, no matter how we might feel about the increased availability of marijuana, that we are seeing more kids than ever before smoking or eating this much-heralded psychoactive drug.

With all of this history weighing us down, I need to be very clear. This post does not intend to criticize one side or the other regarding the changing laws governing marijuana use. That is not our mission.

Rather, our mission is to engage and educate.

Therefore, in the service of education, we should point out that these issues are surprisingly murky. On the one hand, we know that marijuana is not nearly as harmful as other still very illegal and dangerous substances. On the other hand, we know that more and more children and adolescents are presenting with marijuana dependence and what is being called a marijuana abstinence syndrome when they go from heavy use to little or no use at all. For a summary of how troubling it can be to create coherent marijuana policy, check out this excellent and surprisingly readable (for a professional journal article) overview.

When something that was previously taboo makes it way into mainstream culture, we have a tendency to assume that the issues are simpler and more straightforward than we had previously imagined. Don’t be fooled, though, by the relaxed standards. While we can make a strong case from both clinical and legal perspectives that relaxing these standards makes sense, we also need to recognize that there are important and highly relevant (no pun intended) misconceptions regarding cannabis use.

With this in mind, on 4/20, let’s examine three of the most oft-quoted myths in the brave new world of cannabis, and clarify one truth.

More than a few baffled parents and politicians have wondered about the origins of this date as the unofficial marker of marijuana indulgence. According to multiple sources, all of which you can read about here , 4/20 became an semi-official thing in the early 1970’s after some northern California high school kids agreed to meet by a wall at their high school at 4:20 PM in the afternoon to smoke pot. They started using 4:20 as a code for marijuana itself, and some accounts state that they would first smoke, and then go out to the Point Reyes national seashore to locate a legendary—and to this day never found—marijuana field. Phil Lesh of The Grateful Dead apparently got wind of this (some sources say he knew one of the kid’s brothers) and started using the date to refer to smoking marijuana.

If this account sounds like something from a Harold and Kumar movie, it serves to illustrate the role that marijuana has played in American culture for a long time. In some ways, the celebration of marijuana, legal or not, is part of both counter-culture as well as mainstream popular culture. This celebration is probably at least part of the reason that marijuana has enjoyed a relatively relaxed acceptance throughout much of the United States, even more in the new legal climate.

Remember that this blog isn’t about taking a political stand. It’s about education.

No one would argue that a car isn’t dangerous. Cars can also be a lot of fun. If you think about marijuana the way you think about cars, then you might find it more acceptable to ponder the nuances of marijuana use. Plenty of studies demonstrate impaired fine motor skills, diminished executive function, inhibition of impulses, and alterations in judgment after marijuana ingestion through both edibles and smoking. This is especially the case with higher potency marijuana, and it is clearly true that high potency marijuana is increasingly and readily available.

Like any cash crop, marijuana has been cultivated for maximum effectiveness. Though this can sometimes mean that some forms are better for sedation, while others are better for decreasing anxiety, often marijuana is grown exclusively to increase its capacity to create an altered mental state with relatively little use. Furthermore, the effects of high potency marijuana are more keenly felt in younger users, and there is a greater risk of dependency with both younger users and with higher potency strains. Higher potency forms also have a greater risk of causing psychosis and paranoia.

Myth 3 – You Can’t Get Addicted To Marijuana

Alcohol definitely has some beneficial effects. It can reduce anxiety and ease social inhibitions. The same can be said of marijuana. Yet, while legal, we also know that alcohol can be dangerous and is a serious toxin to many organs – the brain, the heart, the nervous system, the immune system. We don’t yet know much about the long-term dangers of marijuana.

Still, just as with alcohol, we do know that people can withdraw from marijuana and become addicted to marijuana.  The withdrawal syndrome isn’t directly dangerous, but it can be nasty and lead to some pretty awful experiences. This usually occurs within a day or two of stopping use, and symptoms consist of anxiety, decreased appetite, poor sleep, irritability, and depression. Usually this withdrawal syndrome lasts no more than a month. For more, here’s a summary of marijuana dependence and withdrawal from the medical literature.

Laws are changing. They’re increasingly hard to follow. These kinds of fluid situations are exactly what you don’t want to leave up to your friends or random Internet rumors. If you choose to use marijuana, it makes sense to know the laws in your jurisdiction. Again, it’s a lot like cars. Some states allow 16 year-olds to drive, but others require drivers to be older. Asking about existing regulations, either at official websites or even in person, isn’t at all illegal. It’s just smart and makes good sense.

Remember that just because things seem more relaxed doesn’t mean you still can’t find yourself in a lot of trouble. Virtually no United States laws allow for the use of marijuana under the age of 21. And marijuana remains illegal under federal jurisdiction. That means that if the federal government chose to enforce existing national legislation, it would be unclear whether state or federal regulations would prevail.  Here’s an example of the official summary for Massachusetts.

As we said, 4/20 is upon us. Moreover, 4/20 is going to happen on more and more days throughout the year. Nevertheless, most people know less than they think about marijuana use. There’s nothing wrong with a bit more education, dude.