Talking To Kids About 2016 Politics: A Parent's Duty In Our Volatile Political Climate | MGH Clay Center for Young Healthy Minds 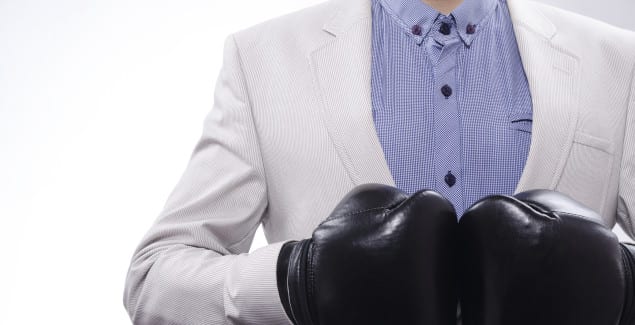 I’m not that old, but I’m old enough to remember when it was routine to hear in grade school that, if you’re willing to work hard, you might get to one day become President of the United States.

Never once did my teachers tell me the kind of hard work I’d have to do as a parent when, about 40 seconds into a presidential debate, the leading candidate decides to reference the size of his…um…hands.

Are you kidding me?

How did we get to a place where you have to explain to your 10-year-old daughter that the front-runner is bragging on national television about the size of his penis? Seriously. Tell me how we make that sound OK in any arena?

That was my task this morning when my daughter saw me watching clips of the latest GOP debate. You might say that a 10-year-old is too young to watch a presidential debate, as it can include references to things like wars and lives lost. I think there are ways we can talk about those unfortunate aspects of a complex world to children of all ages.

But I (and I’m a child shrink) don’t have a great template to help my 10-year-old daughter understand the reasons a presidential candidate might refer to his penis. And, not just any candidate, mind you–the front-runner! What a mess.

So, it isn’t really groundbreaking news that this year’s election poses certain fundamental challenges for parents.

People are, of course, allowed to argue for their beliefs. After all, the entire fabric of our esteemed society is based on our ability to engage in these kinds of arguments in a thoughtful and civilized manner.

The problem, therefore, is how we reconcile the basic human desire to disagree, while at the same time remaining civil and true to the values that we all pretty much agree save us from anarchy. It feels to me like we’re only really accomplishing half of our goals. We have no problems disagreeing. We do, however, have all sorts of problems disagreeing in ways that we can later be proud of.

Let’s do a little thought experiment. Say little Timmy, age 10, gets a paper back from his teacher, and that the teacher’s written comments make him very unhappy. Let’s say little Timmy wads up his paper, and with a dramatic and disgusted flourish, throws it into the trash in front of his teacher and peers.

We’d all agree that little Timmy will find himself in the principal’s office pretty quickly, and that little Timmy’s mommy and daddy are going to have to deal with their son’s uncomfortably comfortable display of disrespect.

If the school is good at what they do, and Timmy’s parents are thoughtful in the lessons they impart on their son, then Timmy will come to learn that while he is allowed to disagree, even with his teacher, he must be able to organize his reasons for disagreeing into a coherent argument. That is, in fact, what many schools do in these situations. Little Timmy might not ultimately change his teacher’s mind, but he will state his case like the adult that his parents hope he will become.

But what if you’re a U.S. senator, and you and your constituents disagree with the President of the United States? What if, instead of doing what you just encouraged little Timmy to do, you use your bully pulpit as a U.S. senator to wad up the president’s most recent document, and throw it in the trash in a dramatic video that you broadcast via social media? What then? Can a U.S. senator be sent to the principal’s office?

Still, this is exactly what Senator Pat Roberts of Kansas did last week. Instead of saying something like, “I disagree with the president for the following reasons, but will continue to represent my voters and their wishes,” Senator Roberts tossed the plan in the trash. I grew up in Kansas, and still follow my home state’s politics. My own children saw this video as I was reading the paper online.

Try explaining the actions of a U.S. senator who is dramatically and disrespectfully throwing away a document from the President of the United States to your 10-year-old.

This, in a nutshell, is what we’re dealing with this year.

I think that as we look back on the current political rancor, we’ll come to see these surreal months as watershed moments. These are the months where we’ll have to admit to our children that, developmentally, our politicians just can’t play nice in their sandboxes even though we want our children to be able to play nice in theirs.

As parents, we have an obligation, an absolute duty, to be crystal clear with our kids right now. When someone running for office says that certain religions are unquestionably and across the board more dangerous than others; that he should “rough someone up” because he doesn’t like the way that person behaved, or what he believes in; that he tends to respect the soldiers who don’t get caught and become POWs, you can’t shake your head, chuckle, and explain that politics is a contact sport.

Civility within politics does not negate the heated rhetoric of politics. Civility is the cornerstone of our system, and is a far cry from the nasty, exclusionary, and downright frightening behavior that we’re witnessing. Believe me: kids are picking up on the violent overtones to the current rancor. One child I know compared it to pro-wrestling. Another slightly older kid noted that his peers at school are refusing to talk to anyone who fails to be 100% like-minded.

This is when we parents need to step in and take the high road. Even if you don’t agree with the government, think the country is heading nowhere good, and really dislike the current leadership’s platform, you must (and I’m begging you) step in and make the case to your kids for a reasoned and thoughtful process of objections.

I heard a conversation today in which a father explained that he wasn’t going to back down within the current political climate because “a real man” and “a true father” shows his kids how to be strong, and how to stand up without compromise for what he believes in.

A real parent, a strong parent, a principled parent realizes that you don’t and can’t get everything you want, and that you will, inevitably, have to compromise. You slow yourself down and teach your kids to slow themselves down. You cool down the rhetoric and the vitriol. You ponder and you construct a healthy debate. Why? Because healthy debates are healthy.

Hatred, on the other hand, is like a dirty bomb. There’s nasty and unpredictable collateral. It might feel good to the inner baboon within us to trash one another; but, it’ll catch up with us. We will reap what we sow.

Let’s protect our children from all that this newfound barbarism engenders. Let’s play nice in the sandbox. After all, it’s what we ask our children to do—it’s the least we can do as well.

My Child Was Diagnosed With Anxiety or Depression. How Should I Talk to Her About It?

Anger Management: How to Help You and Your Kids Stay in Control

My Son Was Just Diagnosed With ADHD. How Do I Talk to Him About It?