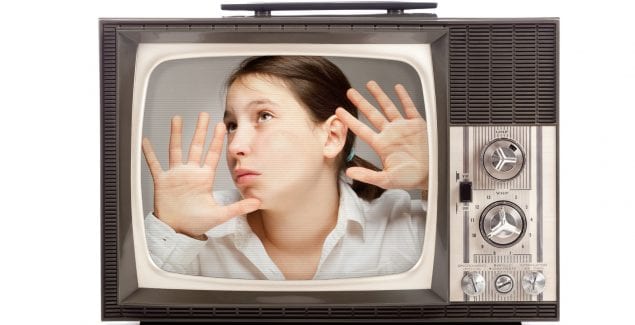 In 2014, Dr. Holly Peek published an article on the MGH Clay Center Website discussing the strange world of reality TV. She began with a description of Kim Kardashian’s preparations for the birth of her first child. Rather than frantically packing her bags and engaging in mostly private and excited phone calls to her relatives, Ms. Kardashian was reportedly making sure that the appropriate cameras and lights were in place so that the reality of her big moment could be captured on television. After all, her show was called Keeping up with the Kardashians. The title itself suggests that viewers will be treated to an increasingly boundary-less portrait of a very famous person’s life. Whether she meant to or not, Ms. Kardashian was channeling Peter Weir’s landmark film The Truman Show, where Ed Harris’s character tells viewers that he is determined to display for the world the first on-air conception of a child.

We also know that readers continue to be extremely interested in how best to explain reality TV to young people. Dr. Peek’s essay has become one of our most popular and cited works.

Four years later, reality TV literally continues to defy definition. Scholars can’t even seem to agree on its key characteristics. Orwell wrote in 1984 that Ignorance is Strength, Freedom is Slavery, and War is Peace. These kinds of statements map uncomfortably well onto the world of reality television. “Real is Staged,” we might say. This could be the mantra of modern reality TV.  The problem, just as it is for the citizens in Orwell’s novel, is that over time we become unable to tease apart the double-speak from the truth.

Let’s start this discussion by asking ourselves a series of questions:

Truman had no idea for most of his life that he was on camera, but everyone around him was directing the narrative. Also keep in mind that The Truman Show screened two decades ago. Its foresight is both astounding and a tad alarming. Did you know that an early term for reality TV was docu-soaps (documentary-soap opera)? This term was an attempt to capture the entertainment aspects, rather than educational goals, of a specific kind of programming. In fact, we could even draw a direct line from these early docu-soap programs to the current YouTube content. Literally millions of viewers go online daily to watch “regular people” blow up watermelons, or open Happy Meal Presents, or play pranks on one another. Does this all fall under the same category of reality TV? Honestly, kids are confused about these questions.

That of course brings us back to the Kardashians. Can the viewers possibly keep up with Kim Kardashian? Is she a reality standard or a scripted story? It’s hardly a newsflash to say that these boundaries are deliberately blurred.

As the central ideas of reality television leak onto YouTube, I’ve noticed that an increasing number of patients say that they want to become famous “You-Tubers.” When I ask these kids what they mean, they tell me that they want to be watched by others on YouTube, while they do what others do on YouTube, while others in turn watch. The kind of fame and notoriety that YouTube affords is clearly valued by young people. Given that these kinds of videos are often more imitative than original, it is tempting to worry whether this particular mode of expression changes the potential for new and innovative creativity among young people. We don’t at the moment have good data to address this question.

All of these issues mean that we owe it to our children to think carefully about the effects of the false reality afforded by these trends in entertainment, both on the screen and online. After all, it is through entertainment that we derive many of our cultural values.

What’s the Research on Reality TV?

There are studies showing that adolescents flirt and engage sexually with one another in increasingly stereotyped ways as a result of watching romantically themed reality programs like The Bachelor or Temptation Island. These teens imitate the ways that the contestants on these shows behave, presumably taking what they see on the shows as examples of acceptable adult behavior. Some studies suggest higher rates of aggressive behavior on social media after watching reality television. Other shows have been associated with an increase in high risk behaviors – smoking, drinking excess alcohol, and increased promiscuity – as a function of how much reality programming is consumed.

But not all of the discovered effects have negative connotations. One study suggested that watching these programs increased girls’ likelihood to discuss sexual topics with same-gender peers. What had previously been taboo was now more openly discussed among girls who watched romantically themed reality TV. However, the same study showed that boys’ estimations of others boys’ sexual escapades were inflated after watching these programs, potentially driving some towards more promiscuous behavior than they otherwise would have pursued.

Interestingly, most studies find that we watch TV simply because we like watching TV – not to learn from it. So, while teen behavior may be affected by The Bachelor, they aren’t turning to it to know how to flirt. These programs are relatively inexpensive to produce and garner high viewer approval, so it follows that more and more appear on air. Their popularity translates to more advertising revenue and a greater willingness to pay for downloaded or streaming content. These shows aren’t going away because we like watching them, and that’s fine. We just have to acknowledge the effects of these programs. Although we don’t consciously watch for cues on how to behave, we still appear to mimic these shows.

Where Does This Leave Parents and Kids?

I’ve watched this clip from The Bachelorette over and over, even though it is cringe-worthy and hard to tolerate.

I find it highly entertaining, and it was shown to me by a teen.

I’ve also watched this scene from Say Anything, which in some ways is equally cringe-worthy.

But, at least according to the studies, it is less likely to be imitated when it is shown as part of a fictional story.

To be sure, reenacting either of these scenarios is unlikely to achieve the apparent romantic goals of the behavior, but kids are taking their cues from reality TV in ways that we are only now beginning to understand.

How can adults help children to better understand the effects of the faux-authenticity that reality programming offers? As any parent will tell you, when teens get into discussions, they like to control the discourse. An honest reckoning with reality TV is a great place to allow teens to draw their own conclusions.

Reality TV is definitely entertaining, but the genre itself is fraught with the potential for gross and probably less-than-conscious misunderstandings. There’s nothing “true” or “real” about reality television. This doesn’t make reality programming necessarily bad for our culture, but we have to put these programs into perspective. That’s something that parents, clinicians, teachers, and coaches have been doing for a long time. In this sense, reality TV might feel new, but how we deal with it is old stuff. It’s as old as parenting itself. And I’m pretty sure that raising children is done best off camera.