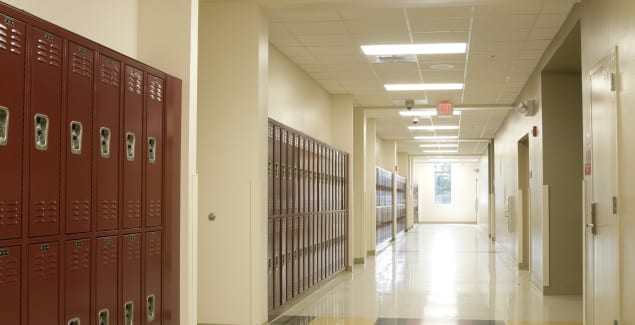 “When there’s a lockdown and they tell me to go under the table, if there’s a window open next to my desk, I’m going out that window.  There’s no way I’m sticking around.”

That’s what a 14-year-old boy recently told me after he was reminded again that with the start of the school year comes, as well, the now increasingly familiar “lockdown” drill protocols.

As it turns out, I worry a lot about these drills.  Schools regularly ask for advice from mental health professionals on these matters, and parents even more often reach out and ask, understandably, what we ought to do in the setting of the still-enormously-rare-yet-increasing-and-enormously-traumatic spate of school shootings.  The implementation of the mandatory lockdown drill at our nation’s schools represents an awful lot of energy and resources, and a potentially significant threat to the psychological well-being of our students in preparation for something that still, thankfully, hardly every happens.

Here are the facts:

Do we really want our kids to think their school is not safe?  The fact of the matter is that school is actually the safest place for kids to be, if we look at the statistics.  The most dangerous place in many urban settings, for example, is the streets.  Gang warfare continues to be the most dangerous element for our youth right now.

Thus, we have a rare and horrific event that we certainly don’t want to be unprepared for, and at the same time, the very drills that we conduct in preparation are likely to bother and perhaps even traumatize vulnerable students—even though they will very likely never encounter a school shooter.

We also have almost no data that documents the effects of these drills on students.  I felt certain as I sat down to write this post that most children and teens would be horribly frightened during these exercises.  However, as I researched this through perusing some academic studies and talking to some kids in my neighborhood, it turned out at that both in what little data exist and among the kids I asked, the whole thing was sort of a non-issue, especially to the older kids.

There was a great piece last year in The New York Times that reported that teens see the lockdown as a kind of distraction.  The same article noted that while some elementary school kids incorporated the lockdown in their play, in general, only a smattering of younger children were significantly bothered.

In fact, many compare the drills to already existing disaster protocols.  I grew up in Kansas where tornado drills were routine, and yet, tornadoes themselves were thankfully rare.  We watched movies about tornadoes in school, grew used to the testing of the warning sirens at noon on the first Wednesday of every month, and when we got under our desks or went to the basement of the school, it all seemed pretty basic.  I didn’t go home thinking that a tornado was imminent, and I don’t think my friends did either.

But, there’s an important variable that we need to consider when we turn to this analogy.  Tornados, earthquakes, floods (indeed all natural disasters) are not human-driven, intentionally-barbaric events.  We know from studies that while all disasters can cause traumatic responses, events in which intentionality is clear—that is, someone is trying to do something bad—pose the greatest risk for traumatic syndromes among survivors.  And, data is clear that events brought about by a human hand are traumatic for kids as observers even through media.  The best example is the incidence of post-traumatic stress disorder (PTSD) in many kids who were nowhere near New York during 9/11.  Young girls with pre-existing anxiety are significantly vulnerable to this kind of media exposure.  Imagine their risk if events are simulated in real time.

We also know that feeling helpless increases the risk for traumatic syndromes.  This, and the presence of intentionality noted above, adds an important twist to our query:

If we do drills to protect our students against a shooter that is unlikely to ever haunt their school, then we both risk frightening our young people by planning for intentional acts of harm, thus increasing traumatic risk, and we prepare them for the rare likelihood that harm will occur, thus decreasing traumatic risk.

Talk about a devil’s choice.

So, let’s ask the question differently: If we are to have drills, what kinds of drills are too much?  In other words, what represents the extreme?

In April 2013, I was asked by Huffington Post Live to comment on the psychological effects of increasing efforts in schools to train children and adolescents to attack and defend themselves against an active school shooter.  In some school districts, kids as young as 8 are being taught to attack, throw staplers, even leap from the top of a desk onto a shooter’s shoulders.  Importantly, these approaches lack the support of many law enforcement officers.  Nevertheless, you can see the attractiveness of such programs.  As one person I was talking to put it, “Well, it beats just sitting there and waiting to be shot.”

But, if kids come to think of their school as a battleground, it’s hard for me to imagine them actually learning.  Try getting a frightened kid to learn.  In fact, try getting anything with a moderately-advanced and frightened brain to learn.  These tactics, I am comfortable saying, are fraught with unnecessary challenges.  Many schools have full-time police officers within the schools themselves, aimed at “keeping the peace” and preventing harmful events like shootings.  Some have argued for arming teachers and expecting them to be prepared for violence.  When the culture of a school leans toward this kind of violence prevention (and there is no evidence that it actually prevents violence), it sends a very frightening message to students of all ages.

Similarly, schools that conduct drills in which teachers or actors simulate shooters also seem to me to be too extreme.  Having a masked, “fake” gunman go door-to-door in school adds a level of verisimilitude that is highly likely to frighten a good many kids.

The fact is, we simply don’t have an understanding of best practices yet with regard to the proper preparation for school shooters.  That doesn’t mean we shouldn’t have drills; that just means that our drills should take into account the developmental state of the child population, as well as the unique vulnerabilities that each child will bring to these drills.  For example, if a child suffers from an anxiety disorder, it makes sense to spend extra time helping that child to better process the drill.  One might even use something like tornado drills as a metaphor.  Though the metaphor, as we’ve said, is far from perfect, comparing a lockdown drill to something more familiar is a good place to start.  Familiarity helps with anxiety.

How do we talk with our children about these issues?

We discuss these issues in developmentally-informed and honest terms.

For younger children, we should be clear that while most people in the world are not harmful, there are some people who will do bad things, and we need to know how to respond.  We also need to let them know that there are more good people in the world than bad, and that the adults taking care of them are doing their all to keep them safe.

For older children and teens, we can move to more nuanced language.  Tell a teen that you don’t think you will ever have to convert the drill to anything other than a rehearsal, but that you would never forgive yourself if you didn’t have something in place.  That kind of preparation makes sense to a teenager; it’s not that different from the scary films they watch in Driver’s Education.

These are not easy times.  Anxieties abound for all sorts of good reasons.  But, we don’t need to add to these anxieties.  A carefully constructed approach to the lockdown will strike the right balance between preparation and trauma.

And then we hope and pray that we never have to use these drills at all.