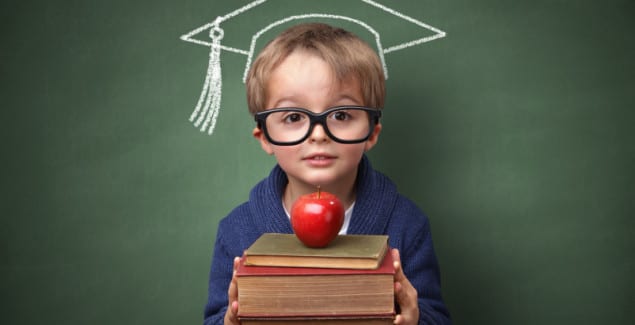 The rates of attention deficit hyperactivity disorder (ADHD) have increased considerably in the last 40 years. In fact, in the United States, the prevalence of ADHD has doubled since the 1970s. A number of experts have weighed in on why these numbers may have increased. Some of their reasons are good ones: we are better at diagnosing attention and learning issues than we were in the 1970s. The criteria we now use are more specific. There is less stigma around an ADHD diagnosis, so some who may have previously gone undiagnosed—for fear of being “labeled”—are now getting the treatment they need. Other reasons for the increase aren’t as positive, and may have to do with the marketing of ADHD medications, certain parenting trends (which can cause some parents to want special treatment for their child), or the ubiquity of video games.

All of those “reasons” that I just stated are actually just conjecture. We don’t really know why rates of ADHD have increased; however, a new study published in JAMA Pediatrics offers an interesting angle on one potential reason. The authors of the study hypothesized that increased demands in school are leading to a rise in the diagnosis of ADHD. In order to answer this question, they first looked at studies that documented the time children spent on academic activities in the U.S. since 1970. Not surprisingly, they found that the time spent on academic activities has increased dramatically for children. This is particularly true for pre-school aged children who are being exposed to reading and writing activities much earlier than in the past. Unfortunately, the researchers did end up finding that as academic demands and homework increased, so did rates of ADHD.

This type of research is correlational, meaning there is a connection wherein when one thing increases (school demands) something else also increases (ADHD). That doesn’t mean that school demands actually cause ADHD. To prove that, we’d have to have two sets of students—one group that is given more academic demands in pre-school, and another that is given fewer demands. We’d try to keep everything else as equal as we could, and if the students in the higher academic group were found to have significantly higher rates of ADHD diagnoses, then we could conclude that the difference was due to the effect of the demands themselves.

That being said, the results of this study ring true to those of us who work in the field of child mental health—and to many parents, too. Rarely does a week go by where I’m not saying to one parent or another, “50 years ago, you wouldn’t be coming to see me because the educational system back then was different. There was a greater tolerance for what constituted ‘normal’ behavior. There was a greater consistency in the academic environment, and clear consequences for misbehavior. Most importantly, the academic demands of your child—for example, that he write a term paper in third grade and present it using PowerPoint—wouldn’t have been fathomable previously.” In addition, kids 50 years ago had recess and free time after school, and weren’t expected to already know how to read in kindergarten.

Now, this study in JAMA Pediatrics didn’t look at all the things I mentioned above; for example, it didn’t look at the decline in recess and the classroom environment itself (perhaps future studies will). But, it did look at one important variable: academic demands. As homework and reading time increased, so, too, did rates of ADHD. As time spent studying increased, so, too, did rates of ADHD. As the authors noted, an “[ADHD] diagnosis is based primarily on teacher and caregiver reports, which should be influenced by expectations for behavior. As young children face increased academic demands, some will be seen as outliers and diagnosed with ADHD.”

So, what is the takeaway message from this study? Here are some important points:

It’s hard to pinpoint how we got into this “mess.” Why are kindergarteners now expected to read before first grade? Why do 4-year-olds need to keep a “journal?” When did two hours of homework become the norm for 9-year-olds? These questions are hard to answer. However, their usefulness should be critically evaluated in light of these findings. How we educate our kids should be based on current research—research that is indicating that too much academic work may not be such a good thing.

Coping With ADHD: How A Young Man And His Mom Are Managing The Path To Success