Myths About the 12-Step Program: What Science Tells Us About Effective Treatment of Addiction | MGH Clay Center for Young Healthy Minds 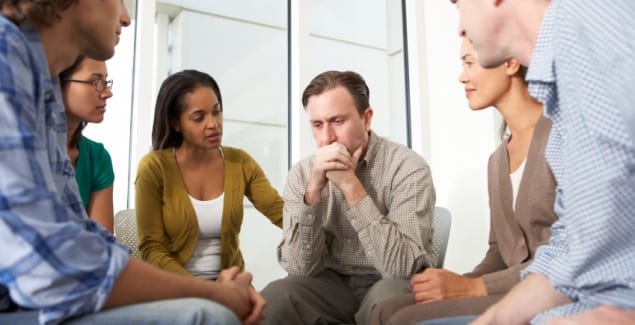 In recent years, there have been some questions raised about the effectiveness of 12-step mutual-help programs (such as Alcoholics Anonymous) and 12-step professional treatment plans, claiming that these approaches are almost completely ineffective and even harmful in treating substance use disorders.

Such claims have serious implications, as hundreds of people die each day as a result of addiction. If science demonstrates that the millions of people who attend AA and similar 12-step programs each week are actually deluding themselves about any benefit they may be receiving, this should be stated loud and clear.

It turns out that science actually supports the exact opposite: AA and other 12-step programs are some of the most effective and cost-efficient treatment approaches for addiction.

Substance use disorders are common, difficult to treat, costly to society and highly stigmatized. And, as a result of the pain, trauma and heartache they cause families due to loss of work, disruption in relationships and death by overdose, suicide, or motor vehicle accident, we are all invested in finding pathways to recovery.

Why then, would there be any critique of care that works? Unfortunately, many treatments surrounding highly-charged problems are themselves stigmatized; people are desperate for help, and will seek whatever sounds appealing and hopeful—no matter how ill-founded.

Below we wish to address common misconceptions about 12-step treatment programs, and convey what informed and well-conducted science tells us about how to care for individuals and families who struggle with addiction.

Here are a few misconceptions about such programs, and overall treatment for addiction:

Myth 1: 12-step programs do not work and are not backed by science.

There is overwhelming evidence that AA and programs that facilitate patients’ engagement within groups are among the most effective and best-studied treatments for addictive behavior change. This conclusion is consistent with the view held by prominent organizations such as the National Institute of Health (NIH), the Substance Abuse and Mental Health Services Administration (SAMHSA), the American Psychiatric Association (APA) and the Department of Veterans Affairs Health Care System (VAHCS), all of whom recommend patients participate in AA or similar groups to aid recovery.

One of the best studies supporting the 12-step program format is one conducted by Dr. Diana Chapman Walsh and colleagues, published in The New England Journal of Medicine in 1991. In this paper, the treatment of a large number of individuals with alcohol problems was studied, comparing inpatient treatment with AA meetings alone (note that the inpatient component was a 12-step program incorporating AA meetings during treatment, and requiring three AA meetings per week for the first year following discharge). Importantly, when one compared the alcohol outcomes—that is, average number of daily drinks, number of drinks per month, number of binges and serious symptoms of alcohol use—AA alone was just as good as the AA-based inpatient treatment.

In another study, the Cochrane Collaboration, regarded by health professionals as the “gold standard” of good scientific procedure, reviewed eight trials from 1991 to 2004. The study concluded that AA and 12-step treatment was shown to be as effective as anything else to which it was compared.

Other recent randomized-controlled trials of addiction treatment (that is, studies in which individuals with addictions were randomly assigned to different treatment approaches, comparing outcomes) showed that 12-step treatment plans improve outcomes by up to 20% for as long as two years post-treatment, and also tend to produce much higher rates of continuous abstinence. You can read more about these trials here, here and here.

Finally, in the largest randomized-controlled study of treatment for alcohol use disorder ever undertaken (Project MATCH), it was found that 12-step treatment, compared to the cognitive-behavioral and motivational enhancement treatments included in that study, had more than double the number of patients who were continuously abstinent at one year after treatment, and about 1/3 more at the three year mark.

Myth 2: The 12-step program does not foster access to care.

While many sound treatments are useful for addictions—outpatient clinics, day programs, residential treatments—it should be noted that AA is free, and can be accessed almost anywhere and at any time in the United States and many other countries (notably at high-risk relapse times when professionals are not available, such as weekends, holidays and evenings). In fact, studies published in prestigious peer-reviewed scientific journals have found that 12-step treatments that facilitate engagement with AA post-discharge can produce about 1/3 higher continuous abstinence rates (and 64% lower health care costs) as compared to cognitive-behavioral treatments. With the current pressure to configure a leaner and more cost-efficient health care system, it is these kinds of double bonus effects that we are looking for.

While we know that many folks will need additional treatments, the combination of a 12-step mutual-help program like AA and NA, in conjunction with other methods, is highly advisable and accessible. AA and NA are best suited to individuals with more severe alcohol and drug problems, and are very useful as continuing care resources to help prevent relapse following treatment.

Myth 3: 12-step programs are no better than doing nothing.

Some folks make the case that 12-step treatments for substance use disorder are no better than doing nothing at all, implying that if we just stand back and wait for people with substance use disorder, they will overcome addiction on their own at the same rate as our current best efforts. This is false. Evidence shows that 12-step programs foster a safe community and sound principles that promote abstinence (the first milestone for overcoming addiction), and taking responsibility for additional efforts that might be needed.

Myth 4: 12-step programs are no more than “religious” efforts that reinforce powerlessness and helplessness.

Some believe that organizations like AA are no more than “religions” urging individuals to admit their powerlessness over their addiction and seek a “higher power.” Although often misinterpreted, the original members who started AA knew they were “powerless” to change their addictive behavior without seeking help, in the same way that someone is powerless over his/her disease of cancer, and will seek help to treat it. That’s all this is meant to communicate. The truth is that in the midst of an addiction, one has, in fact, lost control over impulses to use the drug even despite severe consequences (i.e. he/she becomes “powerless” over the control of these impulses). He/she is, in essence, using alcohol/drugs against his/her will. Admitting one is “powerless” over his/her addiction is merely facing a fact of his/her life that is a part of the neurobiology of the illness, and which ultimately leads to one taking responsibility for his/her recovery. This often includes seeking help—an act of humility. For many, research has shown that spirituality does help in the process of recovery.

Many attending 12-step programs do not perceive a need for God, and do not accept the interpretation of a “higher power.” They would argue that admitting powerlessness over one’s addiction is not viewed as literally seeking God. For them, particularly those for whom spirituality is not appealing, it is seeking help from the AA fellowship (i.e. for some, “GOD” can stand for “Group of Drunks” or “Good Orderly Direction”), and acknowledging that one cannot solve the problem alone—what Carl Jung called “the protective wall of human community.” Strength comes from assuming personal accountability and responsibility to a group, one’s AA sponsor and, most importantly, one’s self. This process empowers individuals to make the changes necessary for recovery.

For the past several years, the addiction research field has moved beyond asking whether AA and 12-step treatments work, to investigating how and why they works. We have now discovered that the reason why 12-step professional treatments so often do better is because they engage people in groups, increasing their ability to cope with the demands of recovery, and foster critically-important social network changes within the communities in which they live every day. For some, AA has also been shown to work by increasing spirituality, or helping people reframe and take a different viewpoint on stress (e.g., instead of being seen as a negative, it becomes viewed as the fertilizer that fuels personal growth).

Myth 5: Genetics do not play a role in addictions. They are not diseases.

Some argue that genetics have no role in addictions. This assertion also contradicts scientific evidence; research demonstrates that about half of the risk for addiction is conferred by genetics. But, the environment is critical, too. Like many diseases, the condition is caused by a personal biological vulnerability that is then coupled with environment exposure and experiences.

Further, many who have addictions also suffer from other kinds of psychiatric problems, often referred to as “dual diagnoses.” These require proper assessment and evaluation, and at times, independent treatment. Most of these, such as mood and anxiety disorders, are clearly predisposed by genetics, often requiring a combination of psychological treatments and judicious medication management.

For the families who have a loved one struggling with addiction, life is beyond tragic. Nights are sleepless while many wait for the proverbial shoe to drop. Will someone be killed by your son, daughter, or spouse getting behind the wheel? Will you get the oft-awaited call in the middle of the night that your child was found dead in her apartment? We know these stories—we hear them on the news daily.

What can we do to prevent the scourge of addiction? Surely we all want a magic bullet. But, we also want care that is based on sound scientific research and evidence-based treatments. There are no cures. But, there is hope for recovery and sobriety, and, while not being cure-alls themselves, research demonstrates that AA and 12-step treatments are some of the most effective and cost-efficient approaches to addressing chronic diseases of addiction in our society. 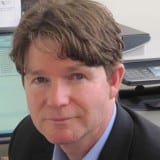 For Those Suffering From Addiction, Recovery Is The Most Likely Outcome—But How Do We Get There From Here?